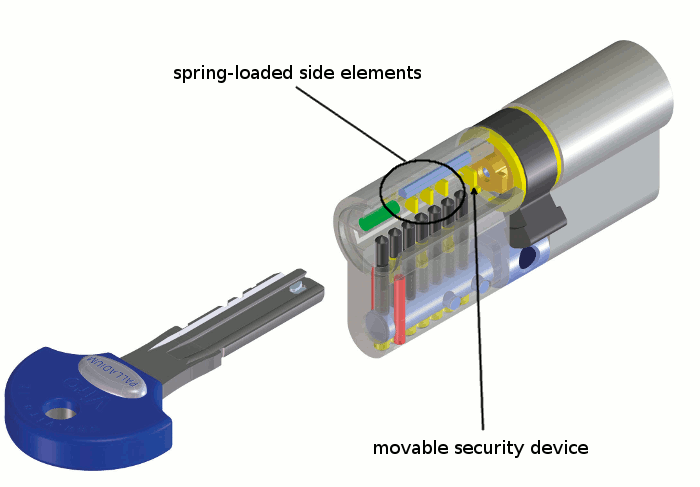 Picking high security locks is usually a task best left to professional locksmiths. Besides, what line of work are you in that requires you to defeat deadbolts, tubular locks, and other fancy contraptions? If you're a prospective bank robber or cat burglar, you must expect that you'll encounter some difficulty in your quest for omnipotent lock picking tools.

That said, there are some instruments that are designed specifically for tough situations. A Dyno Kwick pick, for example, can be used for picking high security locks in less time than it would take to individually manipulate five, six, or seven pin pairs in a wafer or tumbler design. This patented technology, while far from perfect, is effective on all types of locks, from combination dials to luggage clasps.

Purists often frown upon "automated" lock picking. For them, the skill is less about the monetary rewards than it is the problem solving element. There can be great satisfaction in watching your speed increase while picking notoriously difficult locks. In some ways, it's akin to computer hackers who aren't after secure information so much as the thrill of the game.

Lock pick guns, Dyno Kwicks, and other methods of picking high security locks destroy that game altogether but can be handy in an emergency. Most automatic picks don't even require their users to understand the principles of lock picking. Rather, they aim to get you into your house, car, or office as quickly and cleanly as possible, which often trumps the thrill of the sport.